Cards for Analyzing and Reflecting on Doomed Software 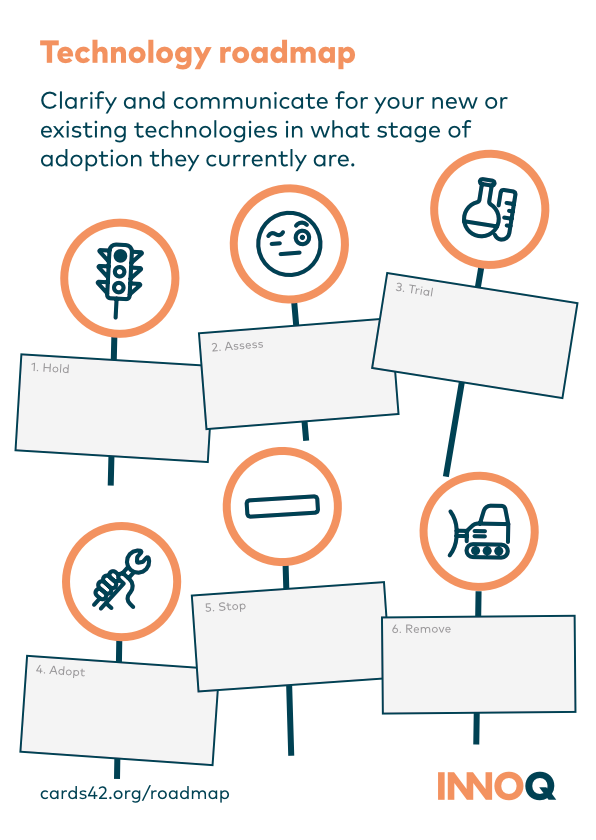 Do you recognize this? Developers just returned from a conference and would like to put all the new stuff they’ve just heard of into the software system right now? The temptation might be great, but “conference-driven development” isn’t the best approach and all the existing stuff constrains your freedom of choice, too.

How can you communicate that you address the developers’ ideas about renewing your tech stack and keep the balance with the stuff that’s already existing? This card allows you to set a roadmap for the technologies you use or want to use in your software system. Put your new and existing technologies in different stages of adoption:

By doing this, you achieve two goals: Developers with the urge to introduce new technologies feel heard because they see that you have addressed their ideas by putting them on the roadmap. On the other end, developers see which technologies they don’t need to invest time to learn certain technologies that’ll get removed soon.

PS: This roadmap is not limited to technology only. You can also communicate practices and methodologies you want to apply or get rid of.

◄ Take me to all the other cards!